Syndyne is an acronym for "synergy-dynamics". Each of these terms are defined below:


1) The interaction or cooperation of two or more organizations, substances, or other agents to produce a combined effect greater than the sum of their separate effects. "the synergy between artist and record company"

(of a process or system) characterized by constant change, activity, or progress.
"a dynamic economy"
Synergy is how nature operates. Weather it is the miracle of water made from hydrogen and oxygen creating something greater, different and unpredictable from it's constituent elements taken separately or the miracle of life and consciousness emerging from space and time.

Nature is dynamic, with everything in motion from vibrating atoms, to swirling galaxies, the universe is in a dynamic state of flux and change. This is "Syndyne". From our research we have found that this same synergy and dynamics occurs on the fundamental level of space and time and manifests through the macroscopic level including complex social interactions and there are underlying harmonic structures behind this. These core principles are behind all research and development at Syndyne.
Science and Vision
At Syndyne science and vision are one. This is essential for our survival to have a positive vision of mankind and our interconnection with nature and our environment to guide the inevitable technology which comes with our increased scientific understanding. Science has advanced to where holography  and consciousness are a key focus. The vision is wholeness and harmony. This is echoed over the ages from the teachings of Pythagoras and in the words of Physicist David Bohm when he spoke of "Wholeness and the Implicate Order". That is achieving universal harmony by merging spirituality with science and  technology through understanding and implementing core principles of nature. 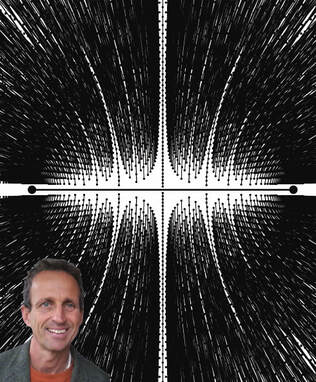 Hello,
My name is Russell Kramer and this  web site  about "discovering" the underlying synergetic  harmonic geometry and coordinate systems of nature and applying these to scientific research  and education. Among the results this has led to the discovery and development of  Bi-Radial Matrix aka the  "BRM", related  coordinate systems  and  visual  mathematics including "synchrographics" or graphical computers.

Man made coordinate systems are used frequently to plot space-time coordinates to graph motion where space is generally assigned the x-axis and time the y-axis using Cartesian coordinates. There are many other alternate  coordinate systems employed in nature capable of plotting space-time coordinates with revealing results. In fact basic properties of space and time are readily described and re-defined using these systems. This is on the leading edge of the emerging branch of physics called quantum reconstruction only scalable to the macroscopic realm as well aka quantum gravity.

It is a continual process of unfolding into what appears to be an accurate geometric model revealing a distinct facet of nature's quantized, synergetic and dynamic geometry which clarifies the properties of space-time itself and its subsequent representation using angles, lines and other geometric components. What started as a simple curiosity about extending a basic visual geometric model of gravitation grew to a major project.

​When I showed the early diagrams and equations to my friend Marvin Solit founder of the Foundation for New Directions in Cambridge, MA he said to me: "Russell you're working on a Manhattan Project". Since then there has been two extensive computer programs, and third program in progress written to generate detailed geometric models of field structures in C++ and Mathematica, several more equations derived with many more articles written. So I started my company "Syndyne" to formally recognize and pursue this important research. One of the key discoveries includes the "geometry of life" which was the final quest of Marvin Solit during my correspondence with him and other members at the Foundation for new Directions in Cambridge, Ma.

The other key finding is the counterpart to the torous, a primary energy structure which has rightfully received much attention in the context of whole systems, over-unity energy and advanced propulsion technology.. The "counter torous" has been observed and known certainly since the 1800"s during the pivotal experiments by Michael Faraday relating to electricity and magnetism. Both of these primary structures emerge from a fundamental near harmonic structure of space time we refer to as the bi-radial matrix. There are two underlying geometric patterns which embrace these geometric properties of space-time. 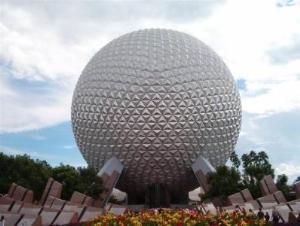 ﻿Buckminster Fuller explored fundamental structures and symmetries in nature which he identified as "synergetic" geometry based largely on the closest packing of spheres which form the "Isotropic Vector Matrix" hereinafter referred to as IVM. He identified this as "natures coordinate system" and proposed this as a more revealing alternative to the Cartesian Coordinate system. Fuller believed the Cartesian coordinate system did not account for many basic symmetries in nature and was arbitrary system. Also the physicist David Bohm, has similar views.  Summarizing  Bohm F. David Peate continues:

"Bohm argued that the Cartesian order was incompatible with the new insights of quantum theory. The Cartesian grid is abstract and arbitrary; it has no deep ontological connection with the quantum world. Moreover, he said, it assumes the existence of infinitesimal points within a continuous, infinitely divisible space. This assumption is incompatible with the basic insights of quantum theory, in which the notion of space breaks down long before the domain of the dimensionless point is reached."

From the core principles including synergy Fuller developed an entire branch of technology including, geodesic architecture as a practical benevolent, nature and ecologically - based  applications to help man exist in harmony with nature. The bi-radial matrix BRM is another geometric construct employed in nature behind many fundamental harmonic field structures including gravitational and electromagnetic fields with wide ranging applications. Our findings indicate nature employs various coordinate systems including the IVM, the bi-radial matrix and the bi-concentric matrix.

​​The holographic properties of the universe are emerging from leading research around the world. Holography is based on quantized interference patterns. The BRM corresponds to a fundamental quantized interference pattern. It is another example of fundamental structure in nature with a variety of applications. Extending on the work of Fuller, Wolfram and others a number of innovative visionaries have extended the nature and ecological based thinking from technology to include social, political,  policy making  and spiritual realms. The key core element behind these is harmony and harmonics and reciprocity. ﻿ This occurs at the fundamental level of space-time on up through complex social systems.

﻿PROJECT #1﻿:
​ The Genesis Matrix and the Harmonic Structure of Space-Time

Re-examining and redefining Space and Time 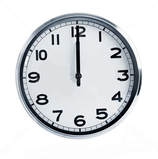 ​The early ancestors of clocks  are sun dials. A closer examination of this simple yet profound device deserves critical attention in arriving at a formal definition of time and this will be covered in the main section.

The premise is that by isolating the geometric structure of time and space, within this geometry many of the fundamental physical relations and equations in physics can be derived from the geometry. Supporting this development various methods in visual mathematics are employed. The basic thesis is that space and time have inherent structure and there are two fundamental matrices which embody their respective structures. The bi-radial matrix is one of these structures to be explored.

This is largely a geometric method which applies to physics on different scales and to a wide range of phenomenon similar to the geometry of the expanding sphere from which a general inverse square law is derived. Hence a brief survey of various theories, models and concepts relating to gravitation, atomic structure and electromagnetism is pursued to determine the BRM range of applicability. Thus the Genesis Field is independent of any theory and yet bears qualitative similarities to many theories and concepts such as the quantum potential and harmonic structure for example. Grounds are established for mathematical and theoretical development.

The universe is harmony on its most basic level. This site emphasizes geometric properties and promotes understanding of the concepts on a visual and intuitive basis. Harmonics extends into multiple realms such as animate systems and the fundamental symmetries and their underlying structures are described. Among the geometric constructs which describes the Genesis Field is the bi-radial matrix.

There are key applications to the bi-radial matrix: 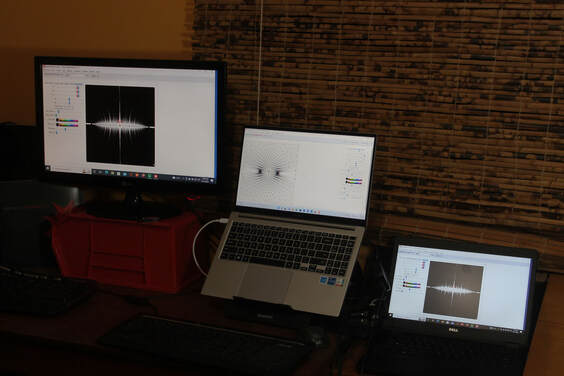 The Bi-Radial Matrix deals with geometric representations of fundamental force field structures along with harmonic coordinate systems and harmonic series, and the interface between geometry and nature and shows these concepts with visual clarity while giving rise to fundamental equations. Through this presentation there is an interactive visual demonstration that invites people at all educational levels to interact and understand the concepts:
​ 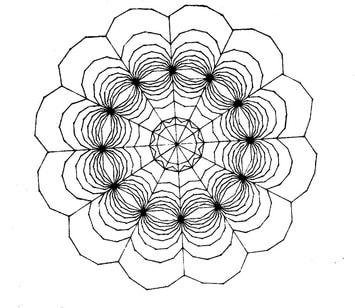 Model of inter-atomic field structure
The Bi-Radial Matrix and further generalizations are highly useful model of Bi-Radial and multi-radial symmetry found in nature including atomic structure, electromagnetic and gravitational fields, both the toroidal attraction fields and the coounter toroidal repulsion fields. These field structures have fundamental components of space and time which can be logically derived by first arriving at a geometric definition of time and space and exploring the consequences of these definitions. 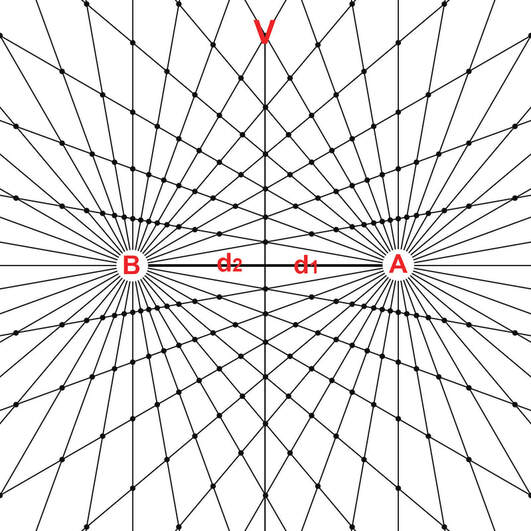 A geometric analogy of a gravitational field
A bi-radial construct serving as a geometric analogy to space and time defines an interference pattern which can be mathematically described based on a harmonic coordinate system. This interference pattern has holographic properties, mainly that it is scale invariant. This can be demonstrated by basic geometric considerations and the related mathematics derived directly from the geometry. Further relations to Bohm's quantum potential,  quantum entanglement, non-locality can be explained in a precise internally consistent manner using geometrical methods. 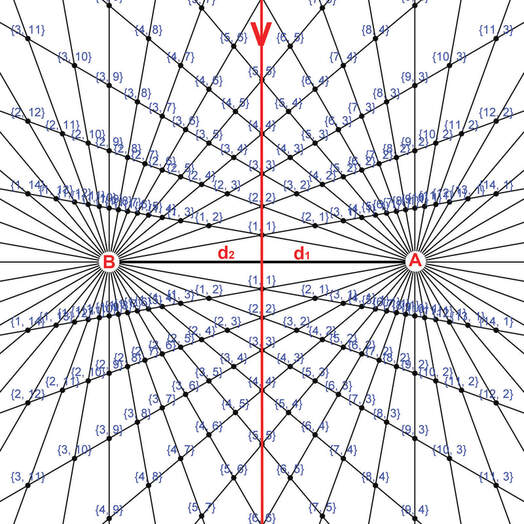 A network of nodes is defined by the two sets of intersecting rays. There are specific rules, algorithms or "programs" by which these nodes can be interconnected. The results of applying  two of these connection algorithms are shown below. 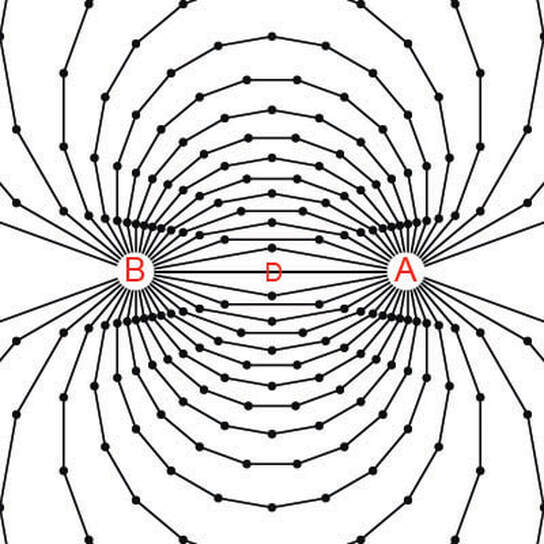 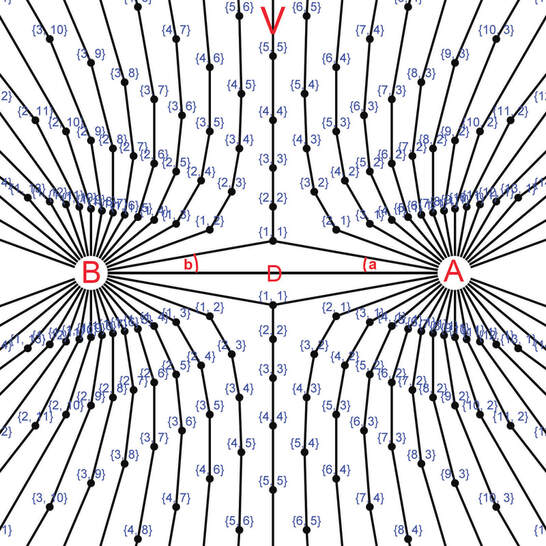 The second rule or connection algorithm results in a geometric model corresponding to repulsion lines of force. The mathematical relationships describing these nodes and lines of force correspond to known physics equations and suggest a fundamental underlying structure from which certain physics equations are special cases. There are other connection algorithms which generate other field structures not widely recognized and of equal importance to be revealed later in this presentation. 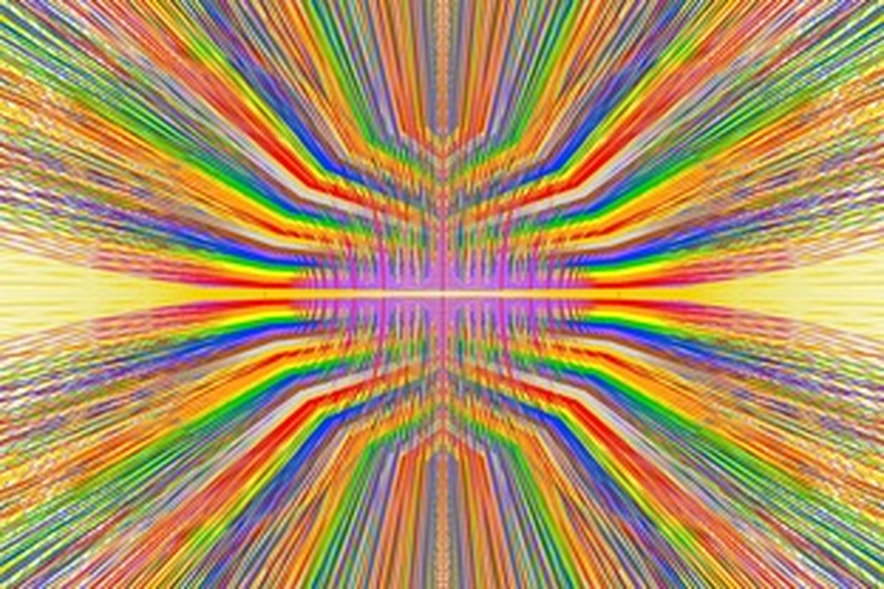 The Bi-radial matrix lends itself  to scintillating graphic representations of  harmonic force field structures and bridges the gap between art and science. See bi-radial matrix visual gallery drop down menu.