The shell theorem references the attraction lines in the bi-radial matrix as shown in the diagrams in the main page of this web site pertaining to the attraction lines of force.The vertices of these attraction lines fall on the paths of various non-concentric circles. The shell theorem facilitates the calculation of the radii of these circles and their center points.
Shell Theorem: In the upper hemisphere of a bi-polar or bi-radial system (diagram 1) when two rays intersect at an included angle of θ3, the point of intersection will be located on a circle with radius: 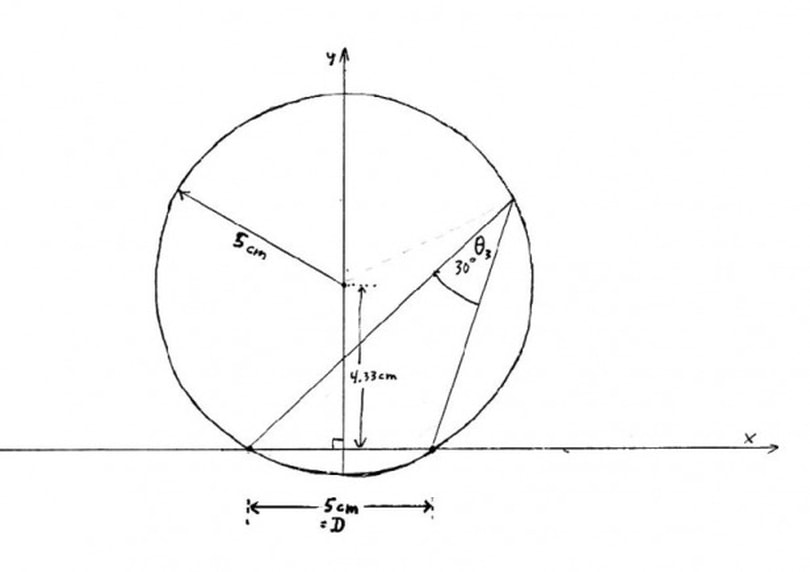 From the definition of tangent

The sum of angles in a triangle must be 180 degrees.

Formula for a circle radius

﻿Given a trapezoid with an apex located at (X,Y) in a bi-radial matrix the area of the trapezoid is described in equation 1. The associated angles angles are shown in the diagrams below and their equations follow .﻿ 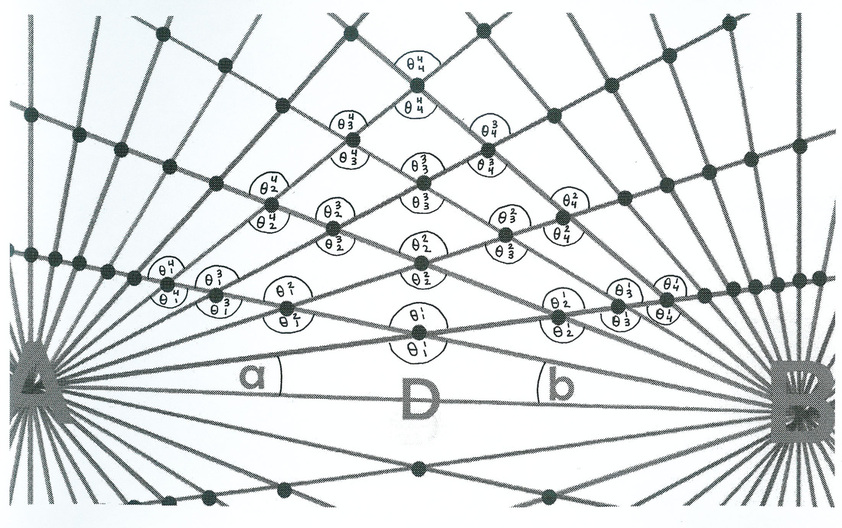 Equation 2
From diagram 3 the equation for the apex angle theta is given by: 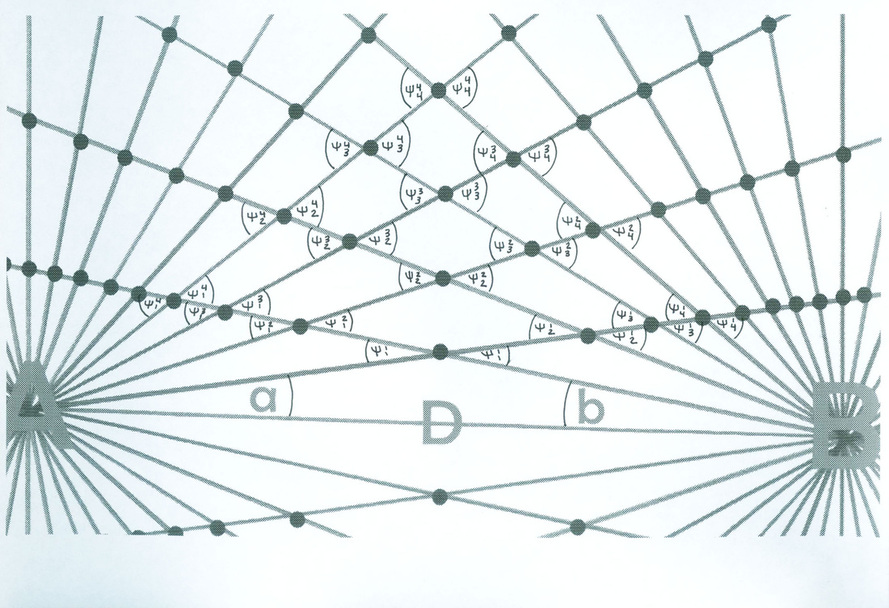 Equation 3
﻿The equation for the complimentary angles are given by:﻿ 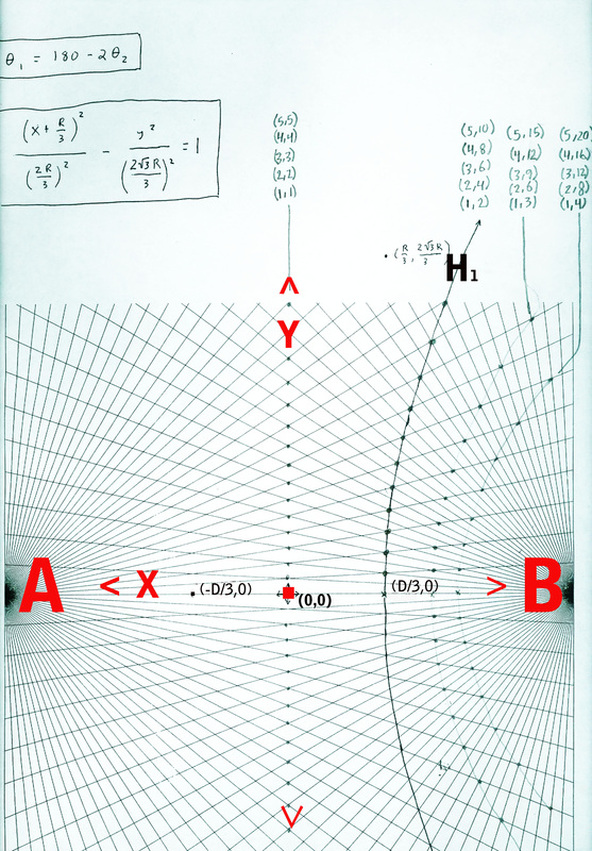 In the spacial case bi-radial matrix where the number of rays from each pole A and B are equal the Cartesian x,y origin is located at the mid-point between A and B along the D segment.

The example in diagram 5 shows hyperbola H1. Equation 5 below represents the bi-radial equation for this curve and equation 6 is the Cartesian  equivalent. 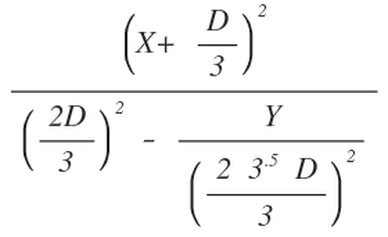 Equation 5
Equation 5 is the Cartesian equation for the hyperbola H1 crossing the D segment at (D/3,0)

Equation 3
Equation 3 is the standard equation for a circle who's center is located at (a,b) in a Cartesian coordinate system.

The bi-radial matrix is a higher dimensional coordinate system

Notice in both the case of the hyperbola and the circle the conventional Cartesian based math requires using the second power where as the bi-radial equations require only the first power. In the Cartesian coordinate system there is one (1) origin, a dimensionless point.